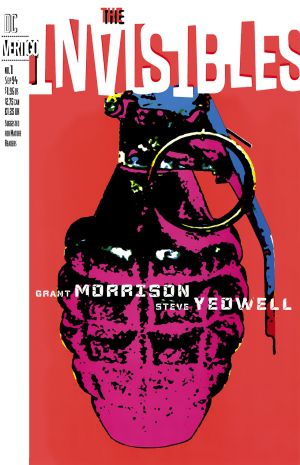 The Invisibles marks Grant Morrison's first major creator-owned work for DC Comics/Vertigo. Morrison drew upon his knowledge of magick and other theories when writing the volume, claiming much of the story came to him when abducted by aliens. For the most part,The Invisibles centers around a team of The Invisible College who battle the Archons of Outer Church, an alien race enslaving the human race.The series ran for three volumes. Issues #1-25 of volume 1 are stored here, and was continued in two more volumes, Volume 2 can be found here and Volume 3, here.