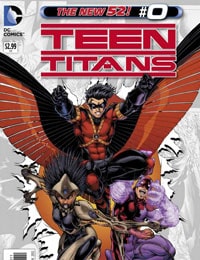 The Teen Titans are an organization of young vigilantes banded together to fight crime. Beginning as a group of side-kicks looking to distinguish themselves from their mentors, they would go on to expand into a world-wide establishment. Their original founders were Aqualad, Kid Flash, Robin, Speedy and Wonder Girl although their membership would expand greatly over the years. They have also used the names New Teen Titans, New Titans and the Titans. The Teen Titans were created by Bob Haney and Bruno Premiani, first appearing in Brave and the Bold #54. (1964)