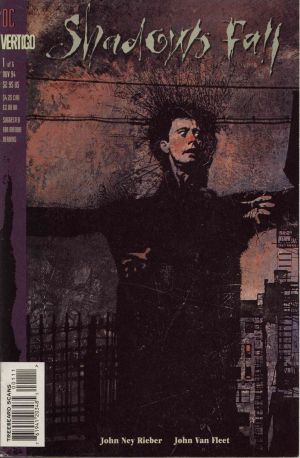 Six-issue mini-series written by John Ney Rieber and illustrated by John Van Fleet. Originally to be one of Disney's Touchmark titles, It was one of the series acquired by DC Comics when launching their Vertigo line in 1994. The series tells of a man named Warren Gale, someone with a disturbed past which lead him to commit a horrible act as a teenager. Warren was able to separate himself from the darkness within him in, but his shadow took on a life of its own. As Gale carried on with his everyday life, his dark shadow would seek out victims, driving them to despair and eventually suicide. Now years later, and Gale's Shadow is back, wanting rejoin again.