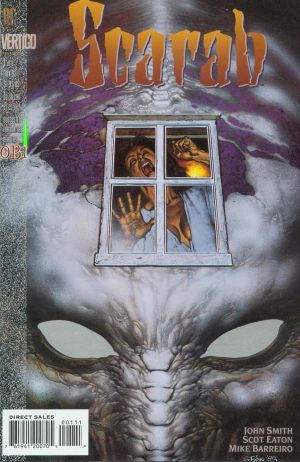 Written by John Smith with art from Scot Eaton and Mike Barreiro. This originally was intended to be a Vertigo take on a Doctor Fate series, but it was reworked into an original character, Scarab, due to editor Stuart Moore feeling it was too drastic a departure for an established character like Dr. Fate. Planned as an ongoing, the title was cut down to 8 issues and when Smith became disinterested in the book decided to include some of his Indigo Prime characters from 2000 AD toward its end. The character of Louis Sendak would later make appearance in JSA several years later.