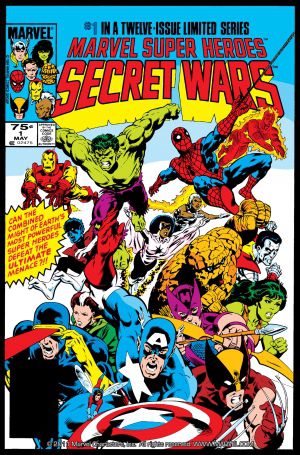 The crossover comic-series that set the bar for all other crossovers to come. Secet Wars is a twelve issue mini-series detailing the story of Earth's greatest heroes and villains being kidnapped by the omnipotent Beyonder and forced to fight to have all their wishes made true. The Beyonder wants to know what force will be victorious, that of good...or evil! The series was continued one year later with a sequel named Secret Wars II.