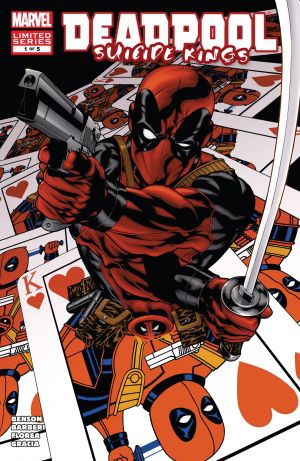 Deadpool's latest job has gotten him into a world of trouble. Everyone wants a piece of him - and for a crime he didn't commit! That's right: Someone's framed Deadpool, and it just might be the same guy who hired him in the first place, a guy who just might be using the mouthy merc as a wild card in a twisted wager. If Wade's going to clear his name and serve up some revenge, he's first got to avoid getting captured - or killed - by some of the Marvel Universe's heaviest hitters: Daredevil, the Punisher, and Spider-Man. Plus, see what happens when Deadpool goes behind the scenes of "Pain Factor" - the reality TV game show so controversial, it's been banned around the world! Collects Deadpool: Suicide Kings #1-5 and Deadpool: Games of Death.